On Sunday Northampton Town Football in the Community took the players of Northampton Downs syndrome to Oldbury to take part in the National finals of the Downs Syndrome.

The matches where five a side and Northampton was in the same group has Lincoln, QPR, Derby and eventually winners Charlton. The winners from the four groups then played in the semi-finals and then the final. In the final Charlton beat Newcastle in an excellent match.

Although Northampton did not win a game all the players where excellent and where well supported by parents, carers and coaches Phil, Adam and Grant.

The DS coaching will continue on a Sunday at Goals until the end of June then resume in September. Any enquires regarding the DS team please contact Russell Lewis. Russell.lewis@ntfc.tv 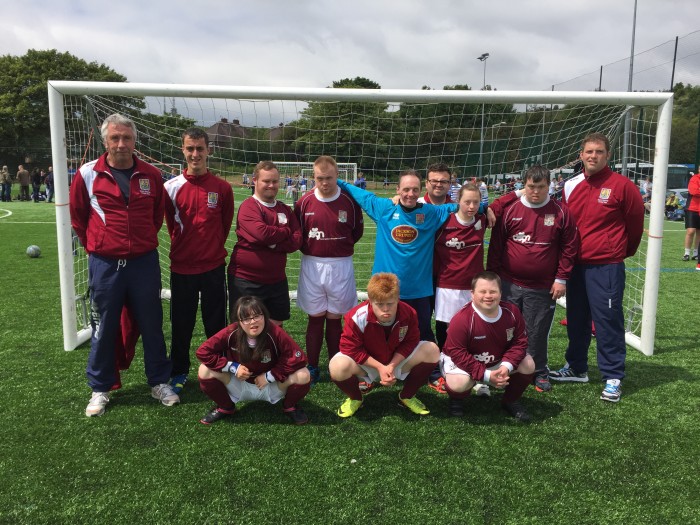